One of the largest religious celebrations in Chile, the ‘Fiesta de La Tirana’ is held annually, in the Tarapacá region, in the second week of July, and gathers about 250 thousand people in the village eponymous, to celebrate the Virgen del Carmen.

History
A feared and respected Inca military leader, Princess Ñusta Huilac converted to Catholicism when she met and fell in love with the Portuguese expeditionary Vasco de Almeida. Discovered, they were sentenced to death – at the site of the murders, Friar Antonio Rendón later found a wooden cross. As a tribute, a chapel with the name of Nossa Senhora do Carmen was built in La Tirana.
The party gained a new character at the end of the 19th century, due to the War of the Pacific and the incorporation of the territory of Tarapacá into Chile.

Masks
Tradition in the festivity, the masks are used in the ‘diablada’ dance, which represents the struggle of good against evil. 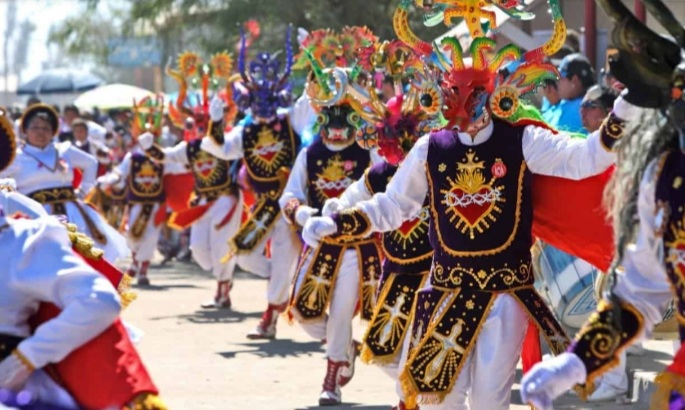 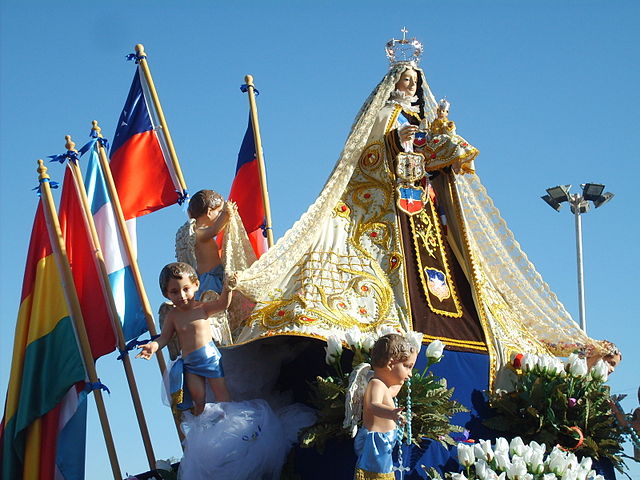