When talking about the mummification process, automatically, the thought takes us to the mummies of Egypt. However, the embalming of bodies is not a tradition that began in the African country. In Chile, precisely in the Atacama desert, the Chinchorro people, about 7,000 years ago, carried out complex processes to preserve the dead, two millennia older than the Egyptian mummies.

After analysis, the Chilean mummies were recognized as human heritage by the United Nations Educational, Scientific and Cultural Organization (UNESCO). So far, more than 300 mummies have been identified and discovered in the region that was inhabited by the Chinchorro people, specialists in hunting and fishing.

Mummification was carried out in stages. First, the organs were replaced by feathers, wool, and leather. Afterwards, a wig was applied to the skull and the face was molded. Finally, the whole body was covered with a layer of clay.

Initially, only newborns and children were mummified. Around 3000 a. C., the practice spread to other age groups. The arid climate and salt of the Atacama Desert helped preserve the mummies, which were protected for millennia. Currently, the Archaeological Museum of San Miguel de Azapa, in Chile, exhibits part of these mummies (about 120 were transferred to the museum). 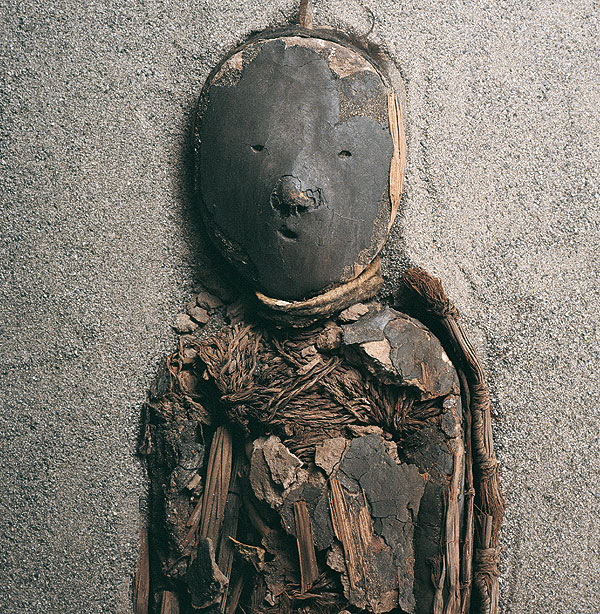