Full Day Tour
Departure from the hotel at 07:00 am and direct transfer to Las Torres sector where we will arrive at Cerro Paine Reserve, the starting point of the trail. There we will receive a previous instructive talk from our guide. Start of the walk.
We take the path towards the Valley and after 10 minutes of walking, we will walk over an old suspension bridge that crosses the Ascencio river. About 150 meters further on, a fork appears: to the left it leads to the Base of the Towers.
Then there is a zigzag with a steep slope and sparse vegetation for an hour. The ascent continues and passes next to another slope and after 45 minutes the Chilean Camping is reached on the opposite bank of the Ascencio River, in the shadow of a lenga forest, with a moderate slope, crossing several slopes that fall from the Almirante Nieto. After about an hour and 10 minutes from the Chilean camping, at 700 meters above sea level, the foot of the moraine that gives access to the viewpoint is reached. From this point, the trail increases its slope.
First it goes next to a slope and under the shade of the small trees located on the edge of the moraine, but higher up the path is lost as such and you must continue ascending between the rocks, some of which are marked to show the route. After about half an hour from the sign at 700 meters above sea level, you reach the eastern end of the lagoon, from where you have a wonderful view of the three towers (Central, Monzino, Dagostini) and the Peineta and Nido de Cóndores hills. After resting and having lunch in this extraordinary and unique scenic context on the planet, we begin our return along the same path until we reach the starting point, where our driver will be waiting to return to hotel.

Note:
-It does not operate December, 25th and January, 01st.
-High physical resistance excursion.
-Minimum age required to carry out this excursion 15 years.
-Bring comfortable clothes and shoes, sunglasses, sunscreen, gloves and buff.
-To make this excursion, it is mandatory to attend the briefing that is given daily at 7:00 p.m, at Manuel Bulnes 407, Puerto Natales.
-The schedules may vary according to weather conditions and the physical conditions of the passengers.
-It is not recommended to booking a bus ticket to Punta Arenas on the same day that you do this excursion since fixed return times are not guaranteed. 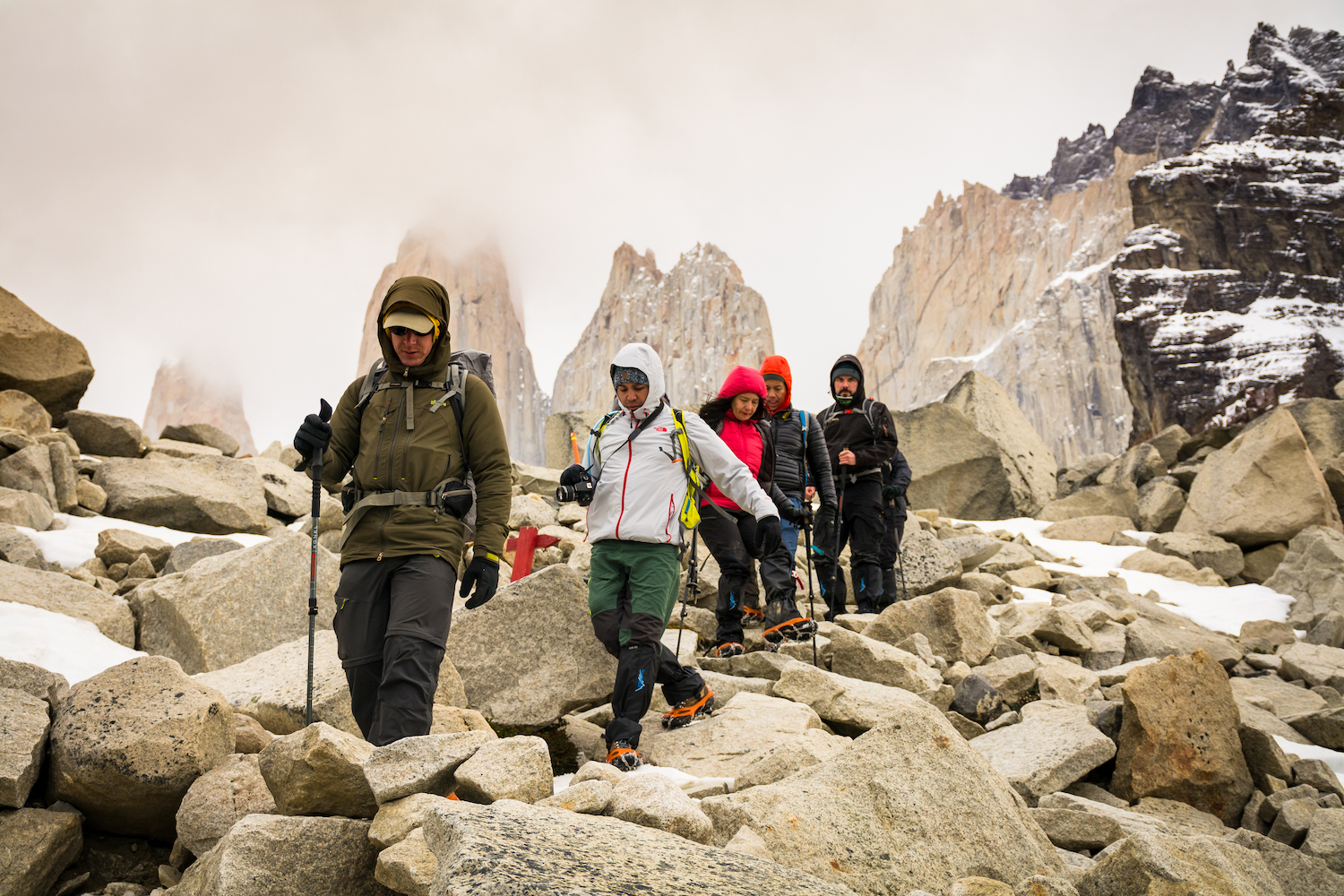