Half Day Tour
Departure from the hotel. Discover the special charm of this extreme city, which was formed next to the Strait of Magellan with the contribution of various cultures leaving a valuable historical and cultural legacy with traditions that last to this day. Its population descends mainly from Croatian, Spanish, Italian, German, English immigrants and families from the Isla Grande de Chiloé in southern Chile. Today, Punta Arenas has a population of close to 125,000 inhabitants. The tour begins with a visit to Cerro Mirador, a place where we can get a panoramic view of the city and the Strait of Magellan, appreciating the different architectural styles that predominate since the early years. The day continues with a route through the historic center, monuments, streets and avenues ending at the main square Muñoz Gamero. Return to hotel. 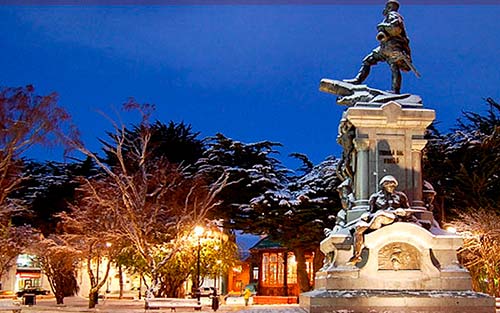