Since September 18, 1979, after the publication of Decree No. 23, Cueca is considered a national dance in Chile.

What is?
It is a folk dance present in several countries in South America, including Chile, and represents the conquest of a woman by a man. As a result of history, Cueca has undergone several transformations. It is held in four styles in the country (north, center, chilota and brava), mainly on national holidays, parades or official ceremonies.
There are different theories about its origins and connections with Chile. However, there was a consensus among historians that dance is related to the Zamacuecas (Peruvians) and their Arab-Andalusian origins. 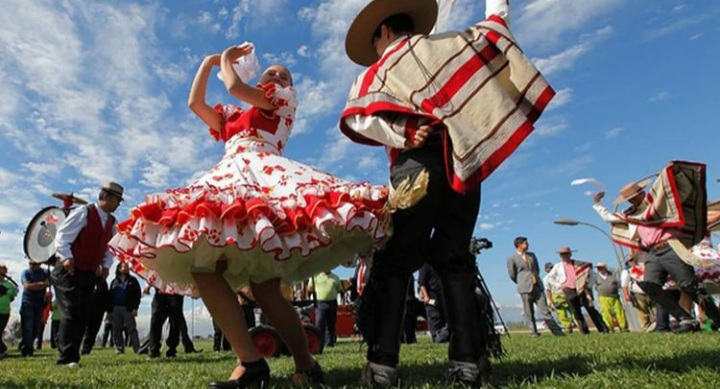