Half Day Tour
Departure from the hotel. We’ll begin the tour from the lovely city of Puerto Varas, also known as “The City of Roses”, with a stop on the lake shore road to appreciate the view of the city from the bay and the “Aurora” sculpture with Llanquihue Lake background. We get to see many of the Attractions of here; the Sacred Heart of Jesus Church built during the year of 1915 to 1918, Baroque Style it’s an exact replica of a church in Black Forest, Germany, from there came some of the first settlers since 1852, The Old Neighbour- hood.
After that we will go to the downtown by the shore of the beautiful Llanquihue lake and depending on weather we will see the Osorno Volcano with it’s ice melting that enhance the water level of the Llanquihue lake. The tour continues going to the Route of Settlers passing by Alerce village and accessing the Puerto Montt city visiting the highest place in Puerto Montt city, where we will see the most beautiful view of the city, the ocean and Tenglo Island.
From there we’ll go to the German Monument located in the Main Square, the waterfront pier and the Cathedral, enjoying during the visit the german influence in the architecture of the houses, garden and buildings, and the mix of both cultures.
Later we continue going to Angelmó, famous in Chile, because it has many Hand Crafts and Gifts shops, and of course the City Central Market, where we can see how It works one of the principal economic activities, the fishing and seafood, that gets there fresh from the boats to the buyers. Also here we have typical cooking places, basically are restaurants where you can find sea food, fishes and other delicious specialities of the Chilean cuisine. Return to hotel. 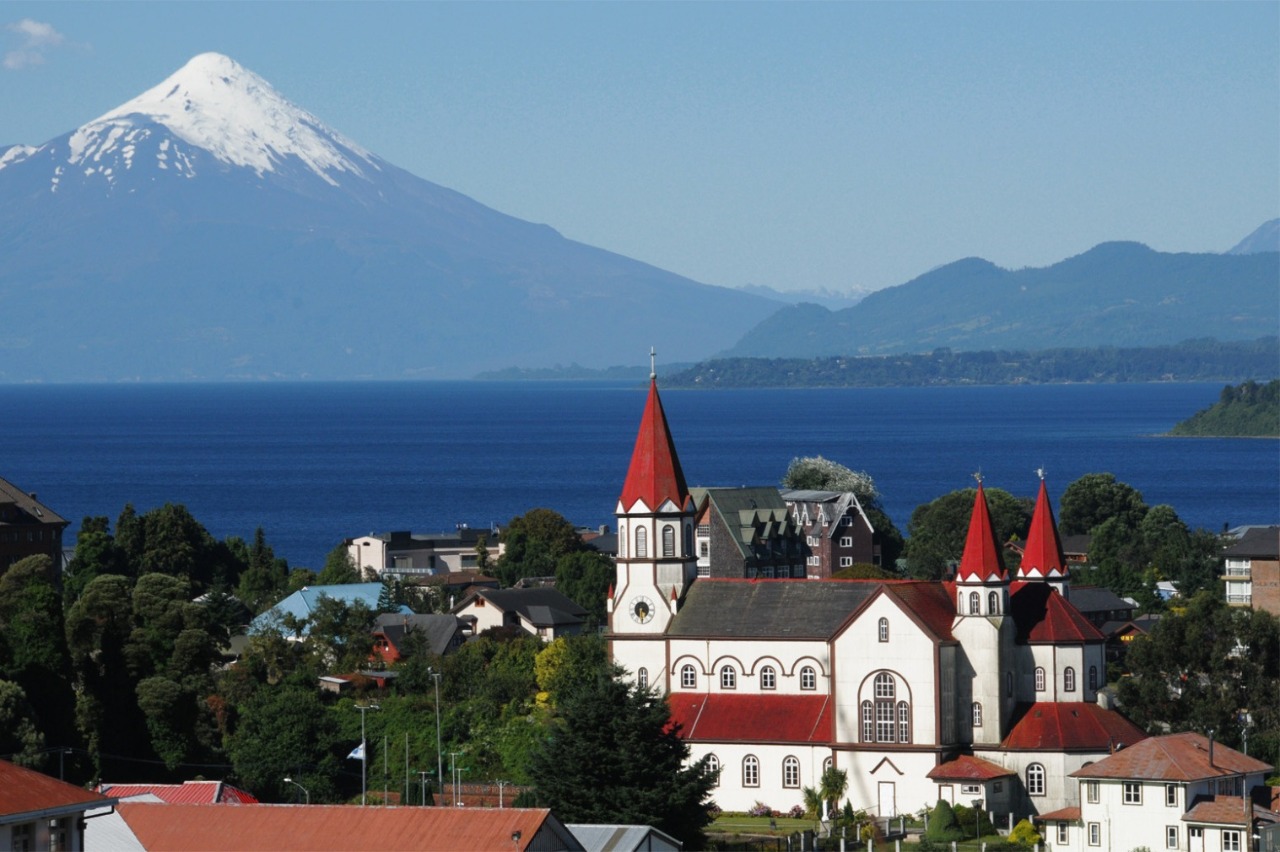